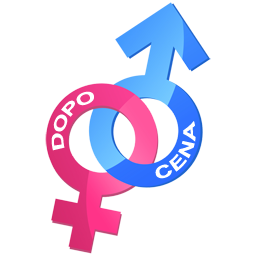 The World Famous Cats Meow first opened its doors in December of 1989. At the time, karaoke in America was in it's infancy and we were one of the first bars to try out the new entertainment concept. In less than a year, Cats Meow became the largest "on premise" account for both Miller and Budweiser products in the New Orleans area. A year later, Pioneer, the audio company that brought Karaoke to the U.S., named Cats Meow "the BEST Karaoke bar in the world". We hold true to that title today and continue to improve on what was started then with better service, top-notch entertainers, a clean atmosphere and a whole lot of fun!

Cats Meow is located in the heart of the historic New Orleans French Quarter. The building is a superb example of 1820's architecture and offers amenities such as two exterior balconies overlooking Bourbon Street, and a cozy interior courtyard. We are located at 701 Bourbon Street on the corner of St. Peter Street, the same street you'll find Pat O'Briens, and the historic Jazz Preservation Hall.

Visitors-
Over the years, literally thousands of people have converged on the Cats Meow to enjoy some of the cultural and musical activities that the club has to offer, and is a contributing part of what makes New Orleans one of the most energetic cities in the world. Also, many celebrities have enjoyed some of the nightlife at the Cats Meow. Artists ranging from soul singer Seal to country musicians Brooks and Dunn, comedian/songwriter "Weird Al" Yankovic, Smashing Pumpkins, Depeche Mode, and N'Sync have all visited the Cats Meow, as well as software mogul Bill Gates of Microsoft, actors Tori Spelling, Mario Lopez, Julie and Doria of Playboy's Night Calls, and adult film star Stormy Daniels have stopped in to sing.
Aside from the more famous people that have visited Cats Meow, several national television shows shot on-site broadcasts from the club. The festive atmosphere of the Cats Meow has provided wonderful backdrop and ambiance for such popular TV programs like "The Regis and Kelly Show", MTV's "Road Rules" and "The Grind".

The Concept-
Much of the success of The Cats Meow is attributed to the concept. Many have tried to duplicate our style but have failed to add the magic spark that makes us the "worlds best karaoke bar". The formula is simple. We feature live, mixing DJ's and talented emcee's . The music is always a progressive mix of 50's through today's hits, classic rock, disco, dance, hip-hop, swing, and Top 40. The stage is open to everyone for karaoke and it's free to sing. We offer hundreds of songs for guest to choose from, and our staff treats everyone like a star!. The wide variety of music, the energetic emcee's, and the unknown of the next karaoke singer make this club the phenomenon it is. The magic ingredient is our guests. They make the shows fun and different every night. Another factor that has made The Cats Meow successful is the initiative of the club operators to maintain a level of quality for all to enjoy. Their recipe for success is to "keep the action non-stop; offer good, clean fun for all to have a great time, and to keep things a step above Bourbon Street."

Parking in the street

Other in the area

This site collects and organizes the list of fun places around the world. You can find what interests you in just a few clicks and for free.

This site survives only with a few non-invasive banners, so we are asking you to disable any ADblock software. If you can alternatively continue find your favourites events somewhere else or LIKE this page